Meet Benjamin - the head of our drilling team 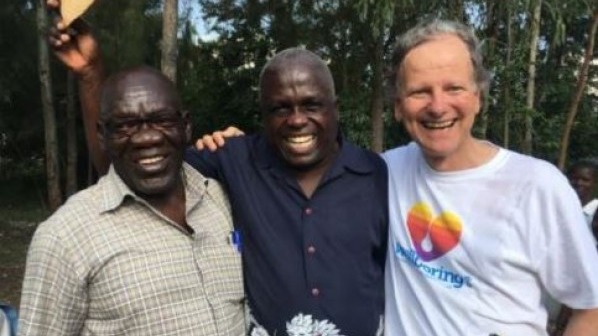 Benjamin Koyoo is in charge of the drilling operations on the ground in Kenya, and he says he is “a living example” of someone who relied on unsafe drinking water throughout his childhood. He grew up in a rural community, attending local schools before going to Kenya meteorological/Kenya polytechnic. Benjamin then worked for the government for five years, before continuing his education in the United States, where he studied environmental science, specialising in water. There, he did some drilling for water for the first time.    In the mid-90s he returned to Kenya, which was in the midst of a cholera epidemic. As well as water-borne diseases, people in rural communities were having to walk vast distances to collect often unclean water to drink. Benjamin saw that drilling and installing wells could be a cost-effective solution to the clean water problem.   “Drilling water for schools and for the community is my life,” he says. “Over the years I’ve seen what this outreach has done to touch the lives of people.”   Benjamin grew up depending entirely on drinking river water “which had cows, livestock drinking from the same river”. He bathed in that river water, and carried it home for drinking.    He is proud of the impact the work he, and WellBoring has done. “Fortunately we have seen from the work we have done, the cholera is almost eliminated in the greater part of Kisumu,” he says.   “We still have cases of diarrhea, but in schools where wells have been implemented, the cholera disease has almost been eliminated. The records are there, the data is there. Health has been improved seriously, school attendance is improved, which means academic performance of most of the schools has really gone up.”

Back to news articles

Did you enjoy this article? Share it with friends and family to spread the word.